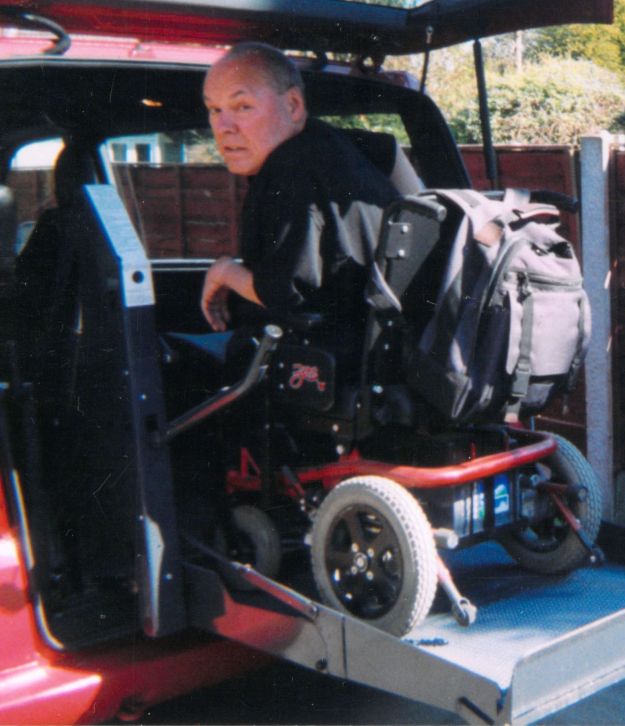 His life of campaigning included being:

His ground-breaking work included the full involvement of disabled people in urban regeneration, and he pioneered the ‘local routes’ method of making town centres accessible and connecting them to nearby housing developments, centred on people’s needs rather than on grand plans.

Neville was a leading player in Manchester City Council’s successful court battle to enforce its policy that all new hackney cab licences from 1989 would only be available to drivers who are running accessible taxis. This case went to the Queen’s Bench Division of the High Court, getting quoted afterwards in legal textbooks such as:

“… currently, there is no statutory requirement for [ hackney cabs ] or [ private hire vehicles ] to be capable of carrying disabled passengers. The Department for Transport announced in October 2003 that … [ all hackney cabs will be ] wheelchair accessible by 2020 … Until then … councils are able to introduce wheelchair accessibility by conditions – see R v Manchester City Council ex parte Reid and McHugh [1989] RTR 285 QBD.” (emphasis added)

While working at Manchester City Council he was crucially involved in the redevelopment of the city centre after the IRA bomb in 1996, and in the design and building of the City of Manchester stadium which hosted the first fully-inclusive Commonwealth Games in 2002.

It would be hard to overstate his massive influence on how the built environment professions have changed in their attitudes to the inclusion of disabled people.

From accessible housing to taxis to sports stadiums to airports, Neville would slog through the many meetings until his points were finally accepted, finally being highly valued and respected.

Further Appreciations can be read at

Neville was born in Manchester on 3rd July 1939. He contracted Polio when he was two years old. He attended the Margaret Barclay residential school for Handicapped Children until he was sixteen when he transferred to the Derwen residential college for disabled adults.

Realising that the college was not developing his potential he remained there for only two years before “he sprang himself free”. He enrolled at the Manchester College of Commerce where he obtained skills and qualification for clerical work.

This led to his first long spell of employment at Sivewright Transport & Storage Ltd where he worked with a bunch of real characters whose various idiosyncrasies he regaled well into his retirement.

Another memory was of a nearby bakery where he seemed to have access to an unlimited supply of malt loaves. Rarely out of work, his next long spell of employment was with Manchester City Council working initially in the Equal Opportunities Unit then as Access Officer in the City Engineers Department. He remained in this post until he retired.

He undertook the daily battle with the peak time Manchester traffic throughout his employment there despite the effort that this involved and was proud of his excellent attendance record and intolerant of others perceived inadequacies in that context.

Neville was active in a wide range of organisations. Always interested in sport he regularly attended the National Paraplegic Games at Stoke Mandeville and locally was on the Committee of the Manchester Disabled Athletes becoming the Chair in the 1980s. It has been said that in both capacities he excelled at socialising and frequenting the bar.

Neville was a Mancunian to the core. He was proud of the City and of its successes, especially the Commonwealth Games. He was a leading player in the court battle to make taxis accessible and was the visible face of the accessible City, bobbing and weaving his way around Manchester. He was a very keen football fan and a season ticket holder for Manchester City: he was able to attend in the week of his admission to hospital.

Neville and Dorothy were frequent visitors to the theatre, especially the Manchester Royal Exchange Theatre  where they had season tickets. They also attended the Bridgewater Hall where his particular favourite was Alfred Brendel and the Lowry Theatre in Salford to hear grand opera courtesy of Opera North. He also loved jazz and attended many performances.

Although born in the city, Neville also loved the countryside; in particular he enjoyed bird-watching and the proximity of his home to Pennington Flash country park afforded much pleasure in this respect.

Neville enjoyed spending time with all his family and had particular fond memories of holidays with his grandchildren. He usually found fun in adventurous activities and “grumpy” granddad was only apparent when he got stuck.

Neville was a staunch friend and a ready support for those needing motivation or assistance, giving freely of his time and energy. His was a larger than life personality with a wicked sense of humour and a rapier like wit. He was indeed a fine man who touched many lives and will be greatly missed.